It's safe to say that nearly everyone has regrets. If you have been arrested, you probably want to forget it ever happened. Unfortunately, criminal matters can live on in the form of a permanent record. Read on to find out what can be done to hide or remove that record and how to go about it.

What is Record Expungement?

If you were unfortunate enough to not only be arrested but to also be convicted of a crime, you might be out of luck when it comes to removing all traces of the incident. Expungement is meant to address incidents in which the charges were dropped or a suspect was found innocent at a trial. Not all crimes end up with a conviction. Because of jail and prison overcrowding, many defendants are offered plea deals or use other ways to avoid a conviction. For example, if you have a good criminal defense attorney, you might find out that your charges can be dropped if you offer to pay a fine or court costs. Even when charges are dropped, however, signs that you have been arrested might remain.

If you can get your record expunged, it might still be visible in certain situations like the ones noted below:

Everything about the case is visible to law enforcement and justice officials forever. That fact could come into greater focus if the defendant is arrested again. Some crimes become automatic felonies for second or greater offenses – even if the suspect was never convicted the first time.

Certain levels of background checks, such as those required by the government, working with minors, and working around financial matters, may be powerful enough to reveal your arrests, even if they did not result in a conviction.

What Else to Know About Expungement

Those interested in pursuing an expungement action should consider this:

If you want to clear your name and your record, speak to a criminal defense attorney about applying for an expungement. 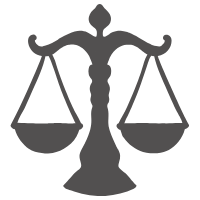 In this country, there are a vast array of laws put in place for the protection of citizens. Since many of these laws were written years ago and society has continually changed, determining which laws apply to a given situation, and how they apply, can be tough. This is one of the important jobs taken on by lawyers and judges. The legal profession exists not only to ensure those who break laws are convicted, but also to ensure those who are innocent are not punished unfairly. You can learn more about this topic and other legal topics on this website. We've scoured the internet for important information and included it here.